Here is the situation at the end of turn 1 of the full Guderian’s Blitzkireg II/Case Blue Campaign October 1, 1941 start. 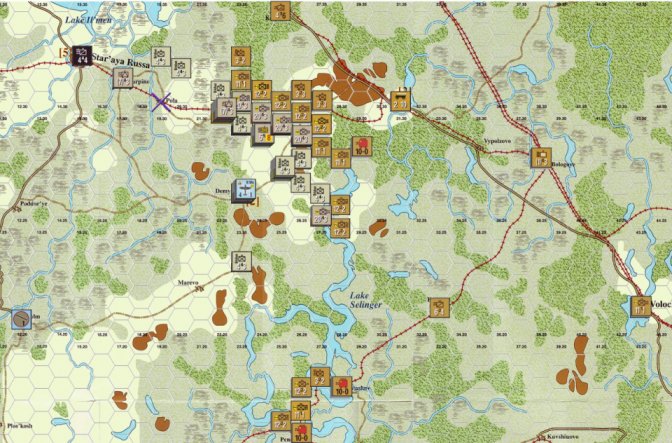 2) Smolensk area – The 3rd Panzer Group pocket (red ovals) in front of Smolensk bagged around 8 divisions. About half of the breakouts were successful (that was true of all my opponent’s breakout rolls) but his attritional rolls were abysmal, and only one step survived. He did a small counter attack to get some units back in trace and across the river (red arrow), he took a step loss, I took my option as a retreat, and he was able to move into the hex.

Cutting the rail line west of Rzhev was a total success. Again, his breakouts were about 50-50 in the area of the red circle, so nothing in front of me there. I will easily be able to secure this area next turn. 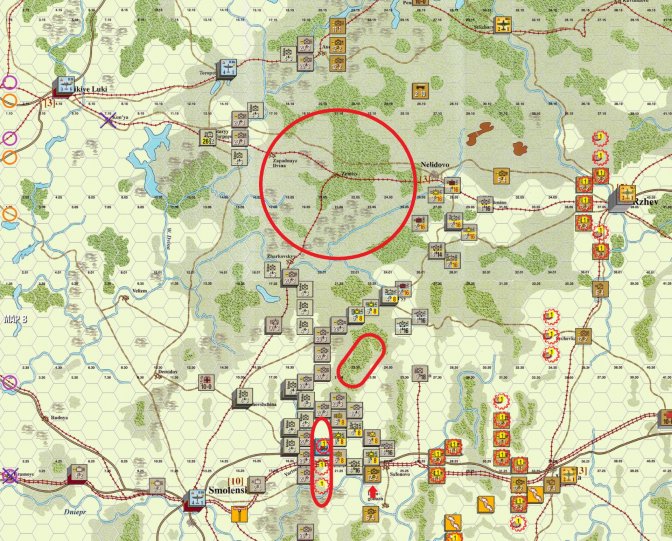 3) Roslavl area – Many of the units in the red oval area where able to get out of the pocket and are now heading to Vyazma, but many of them did not. Again, 50-50 on the breakouts, but any units who rolled for attrition died in place (red X’s). The biggest pain is the division designated by the arrow who was able to eat off the map. This position is blocking the 11th Pz from getting into striking distance of the units on the run. 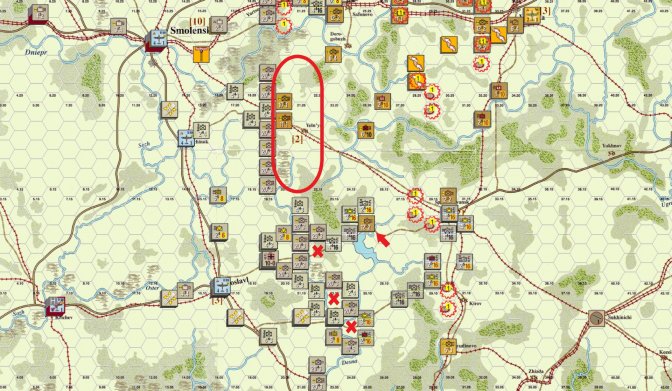 4) Guderian’s Blitzkrieg – OK, major mistake not taking Orel (red circle), but I will cut off Bryansk next turn. Wasn’t able to destroy anyone in the small pocket next to the blue circle, but I should be able to cut trace for about 18 divisions once I cut the railroads. Supply is my big problem. 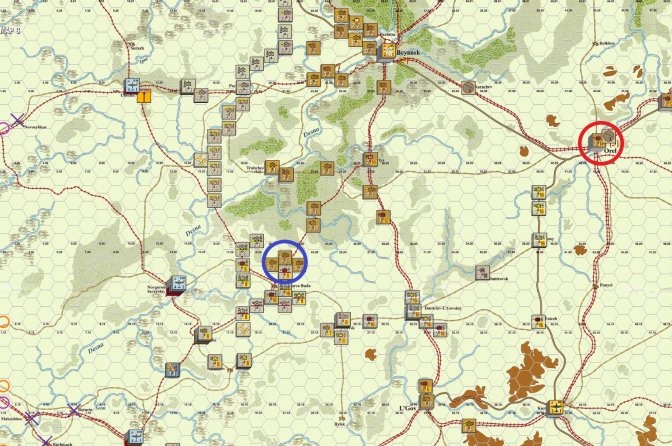 5) Kharkov and Dnepropetrovsk – Didn’t pocket anything in this area and my opponent is making a general retreat towards “Fortress Kharkov”. The units in the red circles are all heading in that direction, plus the units that started to the NW of the city are also heading that way. The only unit he left in my way around Dnepropetrovsk is a division in the blue circle, but it really isn’t affecting my movement. I guess I will just have to cut off Kharkov and make a big pocket. 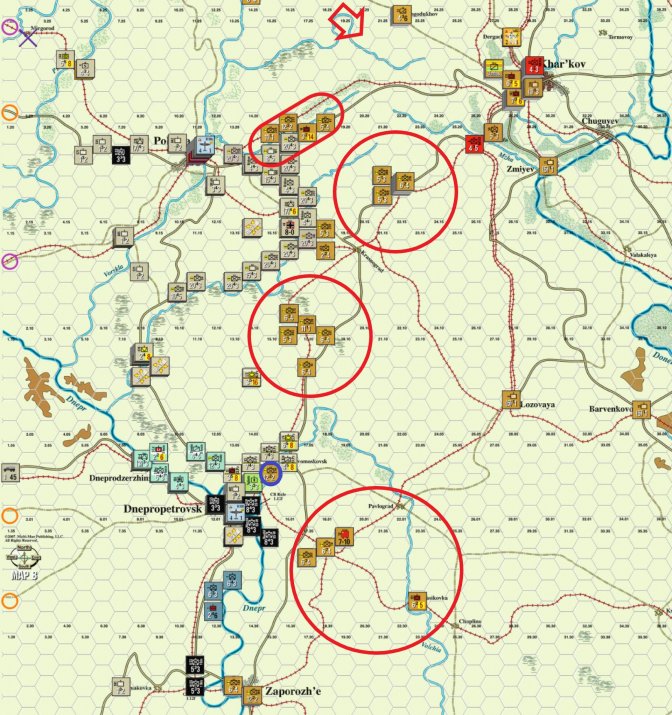 6) Crimea – No big changes, but my opponent is pulling back to the east toward Stalino/Rostov, doing the Russian thing, trading land for time. 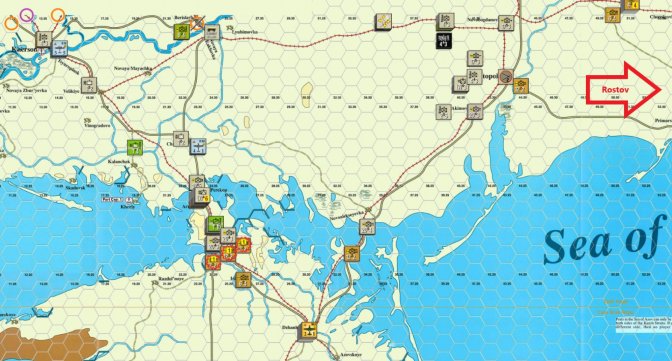 22 inf and 1 mech steps successfully broke out and so I will see them again within 6 turns.

Overall, not bad. Unfortunately, the weather went sour and turn two has limited flight. Additionally, my opponent won the initiative roll and chose to go first, giving him a chance to firm up defenses. We will see how it looks when he gets the files back to me.